The new member is an Austrian who is very talented and also pretty. She dyes her hair to pastel color and also wearing colored contacts. She is the youngest member of Austrian Blackpink. Who is she? She is Renata Gamper, based of Patrick Gamper. Renata is the good idol who has many abilities which made people glad. 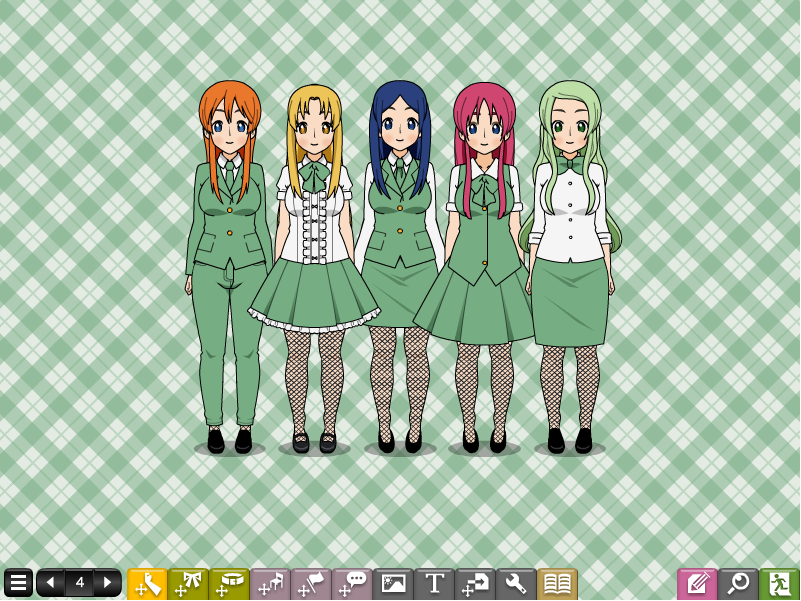 All of Austrian Blackpink members are wearing school uniform-inspired costumes which have different designs according to member’s characters. The color is similar with BORA-hansgrohe team jersey. Most of the characters wear skirt, except Jana Großschartner who opted to wear trousers due to her swaggy charm. Jana ever worn a tight short skirt during HUT RI edition, so she got a revenge with more covering outfits.

Austrian Blackpink members also dye their hair with fun colors due to bright image which they used this year. Jana Großschartner has bright orange hair which has been exist since Austrian Blackpink establishment. Sophia Pöstlberger has dark yellow hair which mistaken as blonde starting on winter 2019 due to being braver on style. Sarah Konrad has navy blue hair since late 2019 (possibly in autumn) due to becoming the trendsetter and also shifting to the braver style. Verena Mühlberger has dark pink hair since winter 2019 shortly before New Year due to trying brighter and braver hair color. Renata Gamper has pastel green hair which becomes her signature due to her aversement to her natural hair which was dark brown hair, just like most Hana Planckaert’s characters’ natural hair.

Be Extreme, Be Different